UNIVERSITY OF THE THIRD AGE

We were privileged to have had Dr Rodney Syme as a long-term member of U3A Stonnington, and are deeply saddened by his death.  He frequently gave memorable lectures to us, especially ones about end-of-life issues.  His lectures were always booked out.

Dr Rodney Syme’s courageous and compassionate campaign resulted in the establishment of the euthanasia law in Victoria, 2017.  His lectures and work in this area continued however, helping us to follow the complexities of the law.

A member of U3A Stonnington sent the following summary of a talk by Dr Rodney Syme – in 2014 – for members interest and remembrance.

This summary clearly demonstrates Dr Syme’s fearlessness in his efforts to give individuals autonomy over dying by making voluntary assisted dying for those who choose it.

Speaker Doctor Rodney Syme told us of his philosophy regarding end-of-life issues that have been contentious issues for some years now. He became particularly interested in this subject in 1974 following a kidney operation he performed on a patient, who 2 years later was referred to him with neuropathic pain which was unendurable and untreatable.

This was an epiphany for him. He considered that if it were him in that situation he would have ended his own life, because he knew the pain would be permanent, but as a doctor, he had the knowledge and means to end his own life, unlike his lay patients. He wrote newspaper articles on the subject, had radio interviews and so on, and as a result started to be contacted by people for advice on non-urology matters (his speciality).  Over the last 20 years he has counseled over 1500 people on end-of-life issues.

At about this point he wrote a book called “A Good Death” describing his experiences. In the early stages he was very concerned about the legality of assisting patients to die. “Assisting Suicide” at the time was a crime carrying a 15-year jail term, and was scary. However, he found that in practice police interest seemed to be benign, he would be questioned, but no action was ever taken. This view was supported by his reporting 3 hospital deaths to the coroner, with the question – were these reportable deaths?  Four years were to elapse before a reply was forthcoming. There are repeated cases in Victoria where lay family members who helped a death have been taken to court, found guilty, but sentenced to the “rising of the court” (guilty, but free when the judge leaves the court).

Rodney has arrived at the conclusion that the key principle is that control over life needs to be provided to those with incurable suffering. The sufferer has to be the one to decide over his/her life. He has postulated 6 medical ‘givens’:

He distinguishes between palliative care, which may end in death, is essentially controlled by medical staff, not the patient. He believes that the patient should be given the means to control his own end of life. In Oregon USA doctors are permitted, for the last 20 years, to provide patients with end-of-life medications, but their experience is that it is not used in 30% of cases. Similar laws are in place in Netherlands, Luxembourg, Washington, Vermont with no evidence of abuse. In Australia we have the right to refuse any undesired medical treatment, you can give medical power of attorney at your discretion, you can prepare a signed advance health care directive document (very useful for early Alzheimer’s patients). Current law as it stands gives no protection to doctors and changes are desirable, even though there is a degree of flexibility in practice. Perhaps the Law Reform Commission could look at this – no private parliamentarian’s bill has ever been accepted. He differs from Dr Philip Nitchke, who provides publicly available information  without the need for a doctor to be in the loop. Rodney promotes the need for discussion and counseling to occur, preferably including the doctor, to ensure that the patient is well informed and rational in considering the issues involved.

Find out about memberships and joining

Find out how to enrol 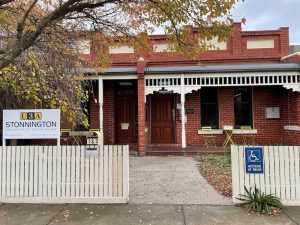 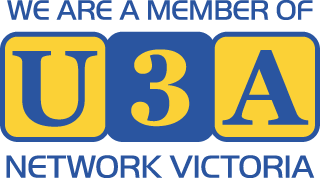